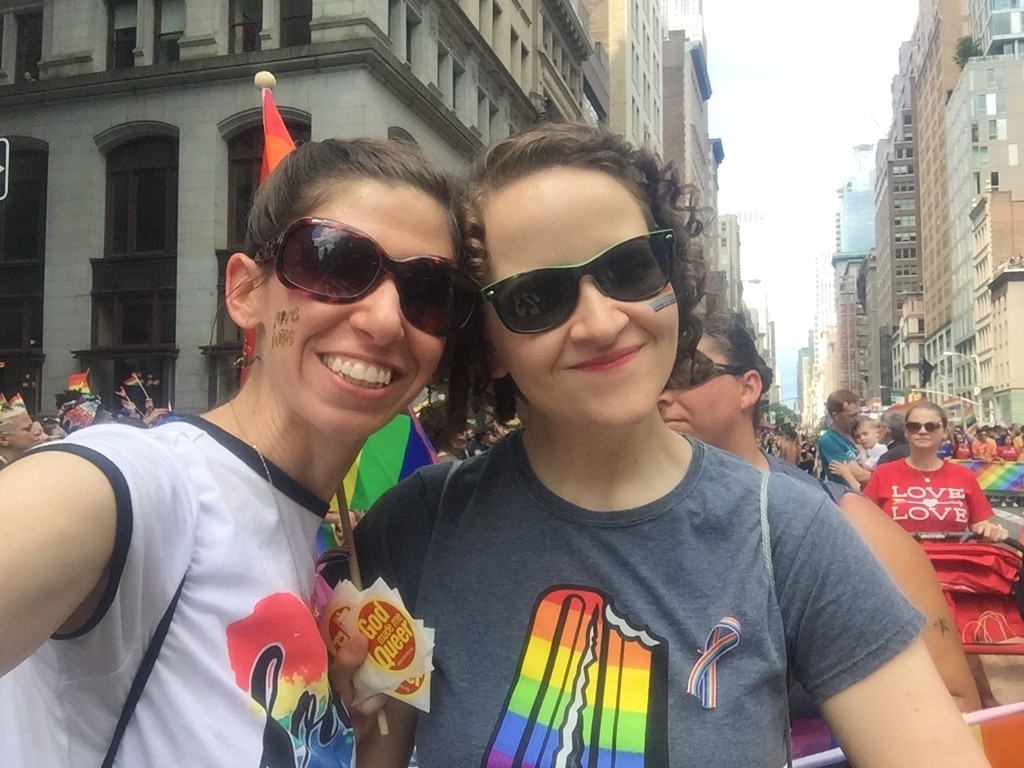 when i started this post, i wanted to talk about marriage equality and what it means to me as a jeweler. i had some ideas of how this post was going to go, the stories or perspectives i wanted to tell. i had friends and past clients and family members lined up and a battery of questions to ask them on the subject. what i was not expecting though, is how deeply all the stories i heard would touch me. as you may know by now, I'm a gigantic fan of love stories. what i witnessed during all my interviews were not simply stories of love, but stories of unconditional love and support. my grandmother used to say, “anything worth fighting for is always hard.” these stories of love were exactly that, hard fought and won against great odds. i am forever changed by these stories, and so this post has grown into a celebration of all things pride.

one of the first things i think we need to talk about is pride, the word not the movement. i think to understand the latter you have to understand what pride means. "i suppose it really means the general pride in oneself, first and foremost," says ger. john defines it as "pride is just embracing and not hiding whatever makes you, you." "it’s finding love inside yourself," – according to venessa. for annie it’s "the opposite of shame." we all can relate to pride. whether it’s how we feel when we hear it, or when we experience it, pride is a fundamental element to being human.

pride has a long history so it’s not surprising that its importance is deeply felt, each new generation expanding on its meaning. most of the people that i interviewed i have known intimately for years, so you would think their responses would be commonplace to me. i was shocked how wrong i was. it was as if i had never taken the time to get to know them, to ask the deeper questions pride is a huge part of their lives and i felt i had overlooked it. to be honest, i felt i had let them down in some way, as a friend or a loved one.

some of us might take pride, or what it offers to the LGBTQI community, for granted. "i was on the train the other day with my shirt on that said love with a rainbow on it and i felt alone. that’s why I think pride is still so important because I do sometimes still feel alone," – lyndsey says. we forget how lonely it can be to stand on the outside,  and how important it can be to be accepted, not grudgingly or with conditions but wholeheartedly, and without reservation. "when you try and hide who you are, then you are inevitably saying that the people who are against us are right. i feel that without pride we’re giving into defeat and the last thing we need to do right now is to give in to defeat," - expresses venessa. seeing how empowering pride can be, illustrates its need perfectly.

as a jeweler. marriage and all its symbols are well known to me. i serve a purpose, creating symbols of love for wedding days. i relish every minute of it. it was this idea of adornment with purpose, with meaning, that pulled me into the profession to begin with. it was strange and exhilarating to see a small ring symbolize a person’s very identity. "when i was coming out one of the questions i really had was, will i ever be allowed to marry? and it was concerning because i always wanted a life where i was married to a spouse. when i came out it was kind of unknown whether in my own lifetime it would be a legal thing or not. and so I'm very proud of the people of ireland in 2015 for passing a referendum on the subject. it was kind of surprising because I'm a young gay male who questioned would i be able to marry a husband in the future. from the question to an answer all happened in 7 years," – says ger.

the importance of a ring can go well beyond the metal it’s made of, it’s a symbol showing to the world that you’re the same as the person sitting next to you. "i also think it’s imperative that we show a gay married couple is equal to a heterosexual married couple. the premise behind marriage is not just procreation but love. it’s to legitimize one’s love but also to be equal to every other person," – ger continues. i want to be a jeweler that supports relationships of love. i want to make jewelry that shows the life and identity of my clients regardless of who their spouse is. true love is powerful and should be celebrated.